The proposed moratorium would extend 600 feet in all directions from the intersection of Bladensburg Road and 24th Place, NE. Within the zone, two restrictions would apply for a three-year period. First, the proposed rules would place a limit of three class C nightclub and multipurpose facility licenses in the zone. Second, the proposed rules would not allow new entertainment endorsements to be issued to restaurants and taverns in the area. 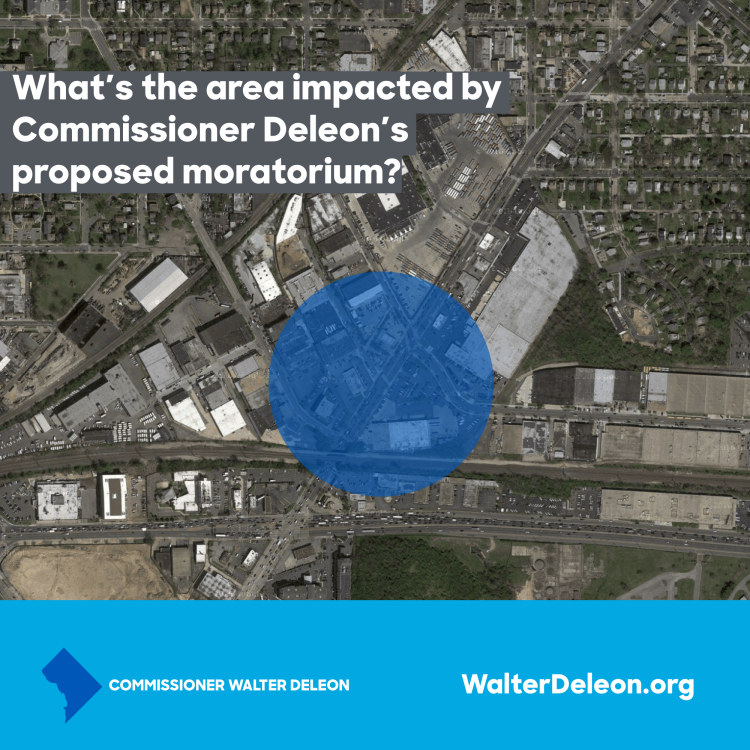 In response to ABRA’s decision Commissioner Deleon said: “I’m glad ABRA agrees that there’s no room for new nightlife establishments in the greater Woodridge area. Existing nightlight establishments in 5C02 have a collective capacity of over 7,000 patrons and present an array of issues such as noise pollution, an influx of club patrons parking on residential streets, and a constant stream of litter caused by venue patrons.”

“This moratorium gives our community an opportunity to turn the blighted land within the moratorium zone around. With proper rezoning, investments in new mass transit options (such as an infill MARC station), & environmental cleanup efforts, we can foster a more livable, walkable neighborhood for all.”

The Langdon Park Moratorium Zone would be the fifth neighborhood moratorium zone in the District. Public comment on the Board’s decision will be accepted for a 30-day period once the Notice of Proposed Rulemaking is published in the DC Register.